The "lady" of Pelion

It is built on the western slopes of Pelion, north of Volos, on a green slope with abundant running waters and panoramic views to the Pagasetic Gulf and the surrounding villages. They have occasionally given it several characterizations such as “the lady of Pelion” and “the lady on the reception”, since it is the first village towards the top of Pelion and thus, it undertakes to “welcome” the travelers.

The original settlement was created during the Slavic settlements in Greece, whose name was Dryanouvaina. At the end of the Byzantine period, many monasteries were founded in the area, one of which was the monastery of Panagia Portarea, around which the settlement was originally set up. In fact, the village took its name after this 13th-century monastery.

Thereafter and until the 18th century, the village developed into an important commercial and industrial center of the region. The sectors with which the residents mainly involved were farming, trade and processing of silk, and thus, the growth in these sectors was rapid. If you decide to visit Portaria, take enough time to discover its many sights.

Like most Pelion villages, it features many large neoclassical mansions of thessalomacedonic style, with a roof of stone slabs, evidence of the blooming periods that the area went through

– many of these now operate as guesthouses. Most of these well-preserved stone mansions were built by Portaria people, who had migrated to Egypt and returned rich to their hometown after many years.

Of course the village would not be complete without the picturesque cobbled streets, the beautiful footpaths and the fountains with running waters. We advise you to walk on the footpath of the Centaurs and admire the lush vegetation and the beauty of nature. 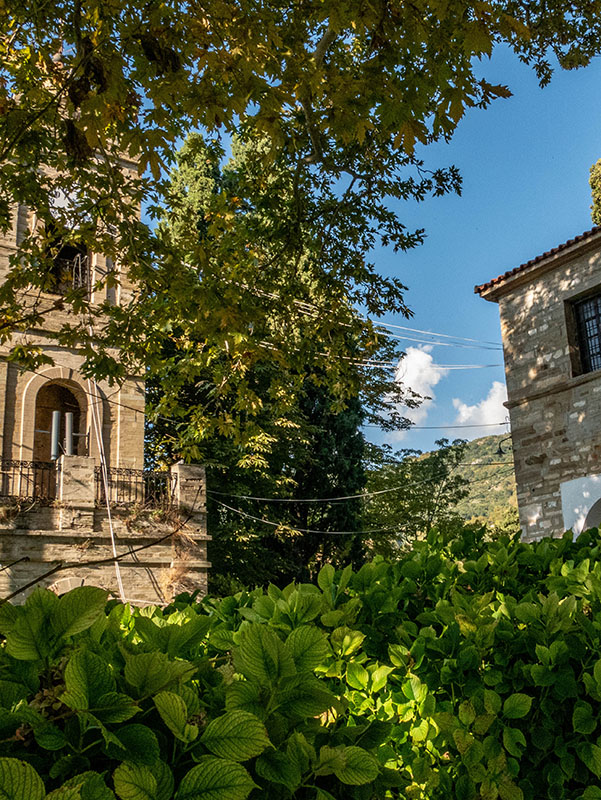 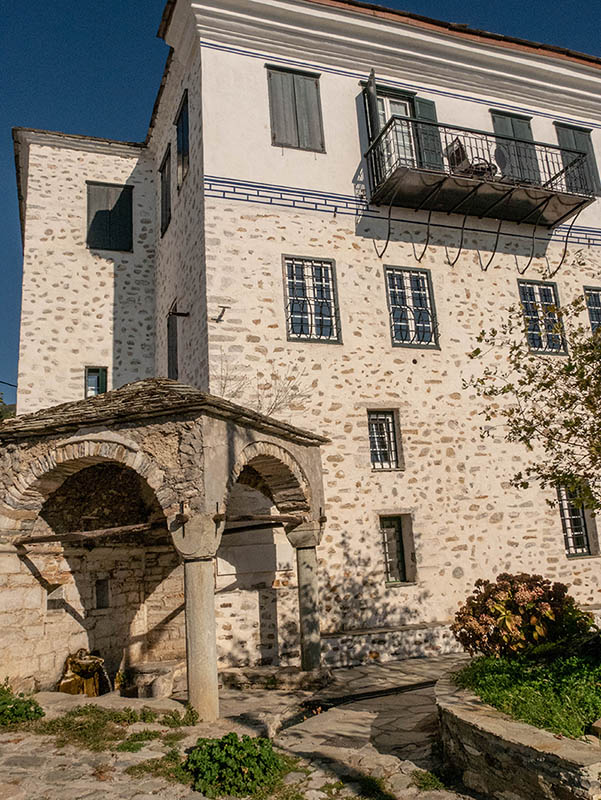 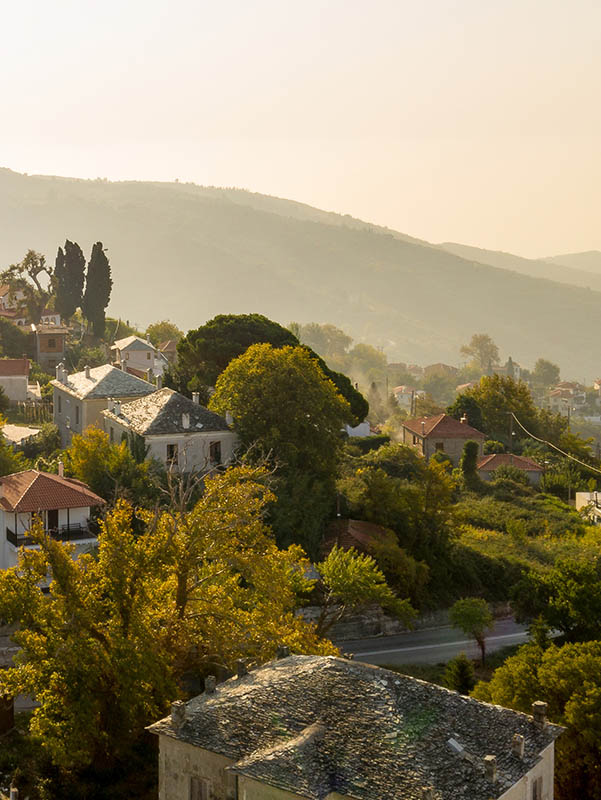 In the countryside Karavos, relax and let yourself travel in the magic of your senses as you hear the waters of the homonymous small natural waterfall. These waters come from the spring Mana, which is a little higher in a reformed area with a paved square. The village has three squares where you can rest after your walks: the central square “Melina Merkouri”, where most cultural events take place, Adamenas square, where the footpath to the spring Mana begins and Taxiarches square with its stone chapel. 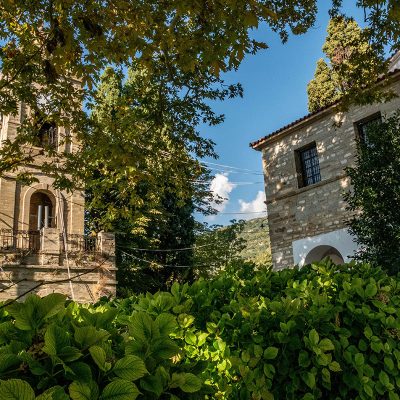 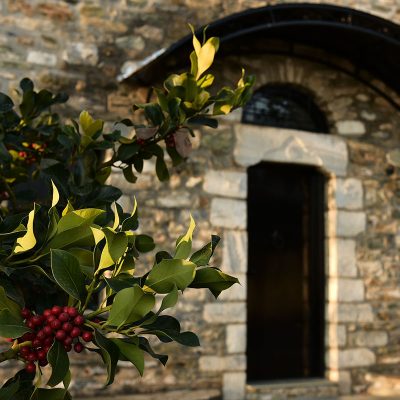 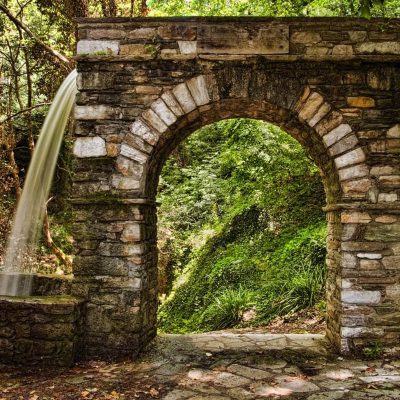 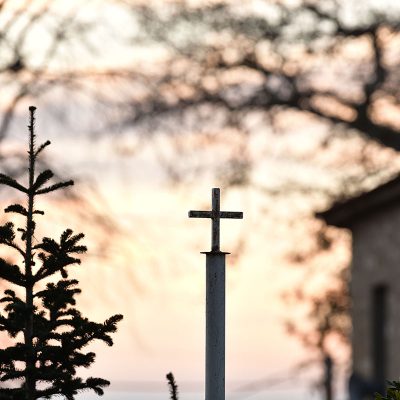 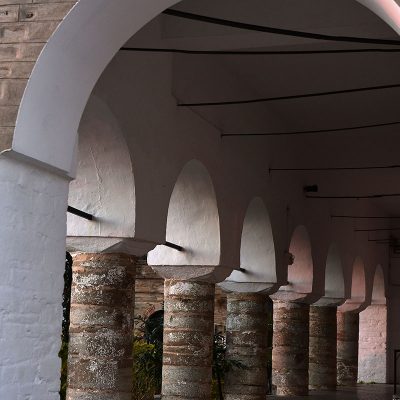 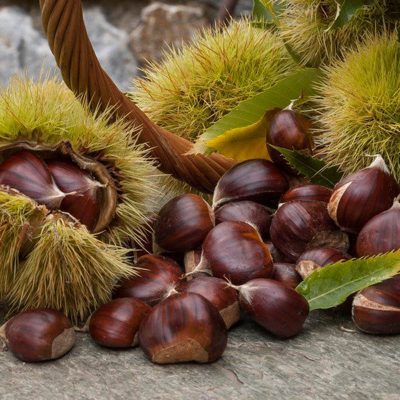 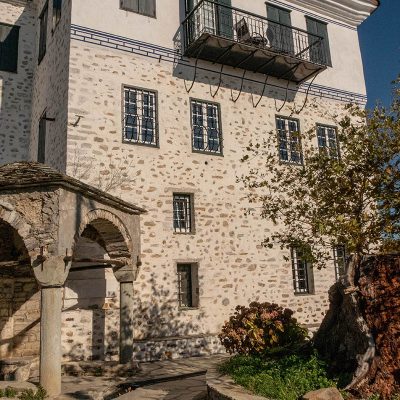 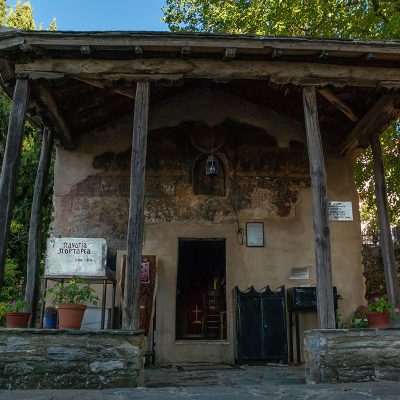 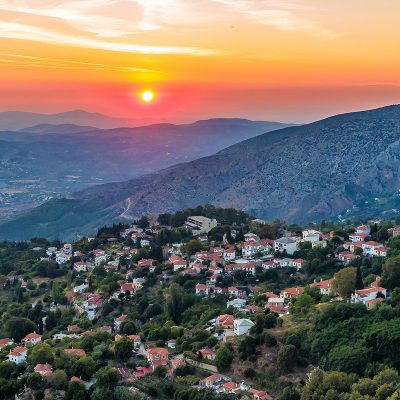 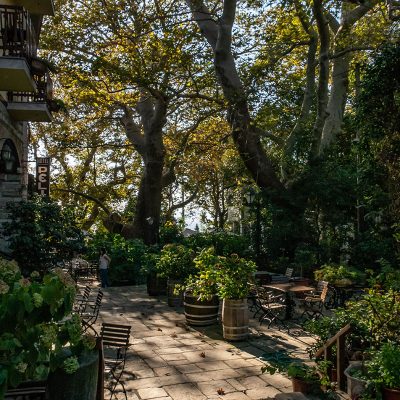 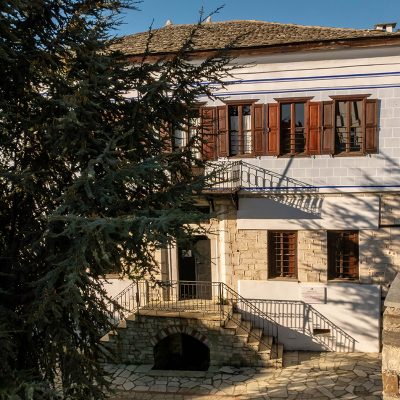 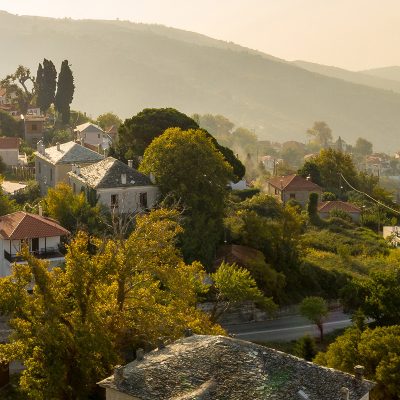 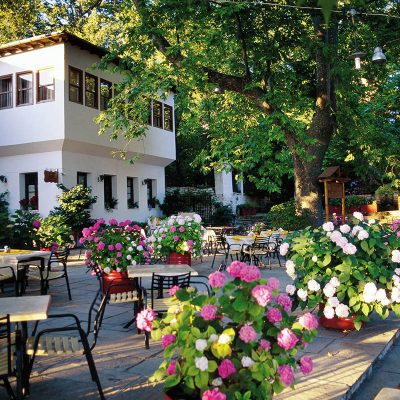 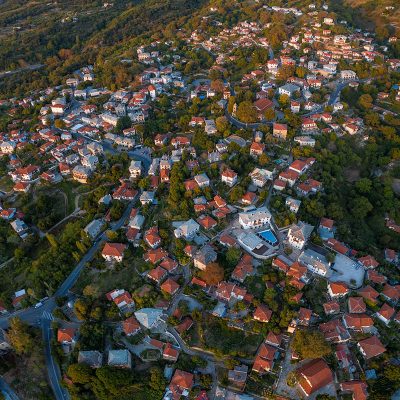 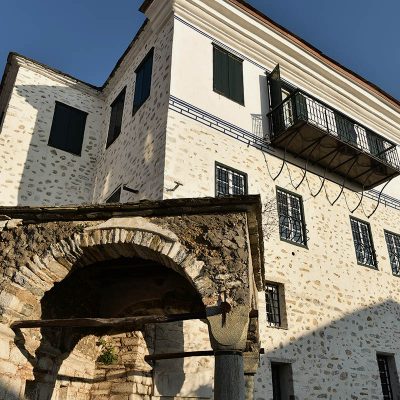 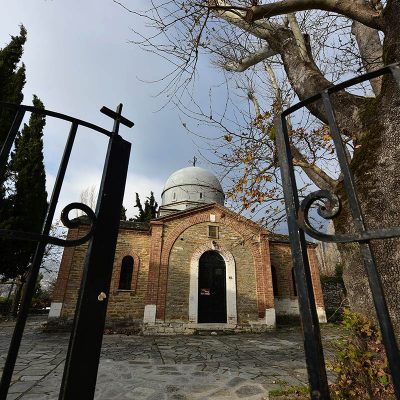 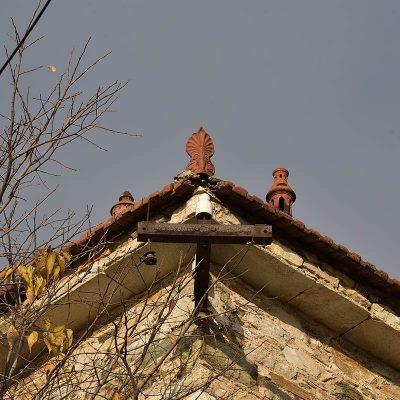